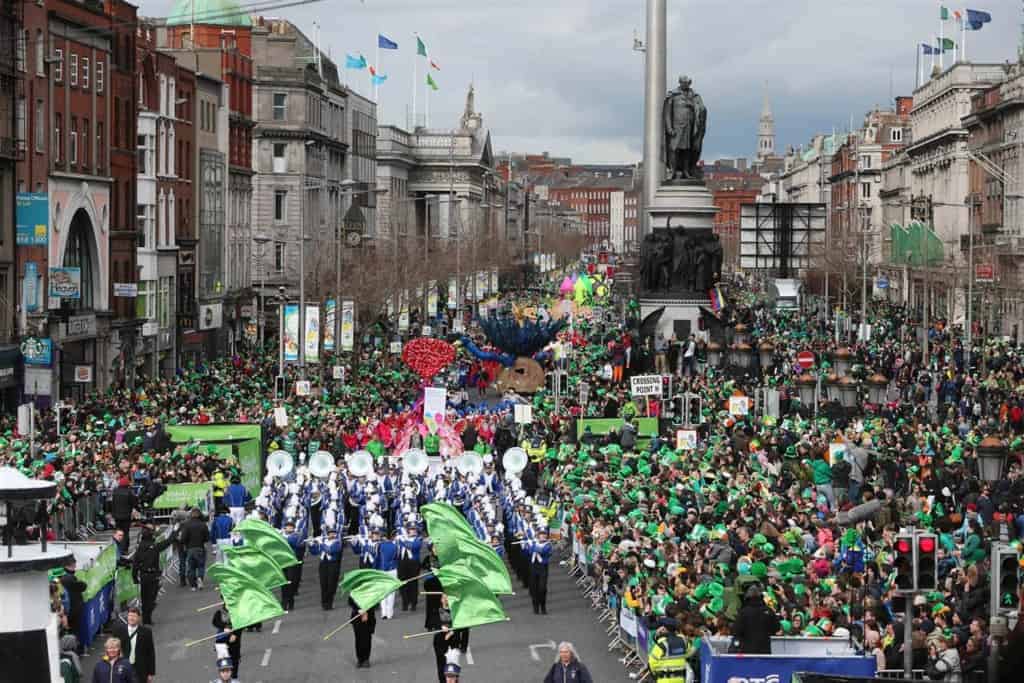 Something exciting and fun is always going on in Dublin, the entertainment capital of Ireland.

Like many capitals, Dublin is a city of festivals.

If you plan your visit, you can join the revellers at one of the many festivals that grace the streets that have inspired writers, political firebrands and artists.

The festival season starts and ends at the New Year.

Anyone who wants to be noticed goes to the Customs House on New Year’s Eve to party as one year ends and the next starts with fireworks, music and dancing.

New Year Festivities quickly give way to TradFest, a huge celebration of traditional Irish music played at a host of venues around the city.

In March, the city comes to a standstill for the official St Patrick’s Day Parade. Other cities around the world may celebrate the day, but Dublin is the home of the Catholic saint.

The parade will snake through the historic heart of Dublin as street theatre groups, marching bands and other artistes strut their stuff in front of a crowd of hundreds of thousands.

Bloomsday is one of the big summer events in Dublin. Named after the lead character in James Joyce’s Ulysses, the day celebrates the day the novel is set – June 16.

Various events, readings and exhibitions take place in locations related to Joyce and the novel.

The stage is set for three weeks of classic plays, new offerings and shows from internationally renowned performers.

Workshops, talks and forums also discuss the deeper meanings of many of the productions and give a chance to meet some of the stars.

Hotel beds are at a premium in the city centre during festival time – and the prices generally go up as well.

Regular festival goers know to look a little farther afield for their accommodation.

This is when family hotels in the leafy suburbs come into their own – like Egans Guest House in Iona Park.

This small bed and breakfast is cosy and friendly, while still only a short bus ride or walk from the city centre and most of Dublin’s festival attractions.