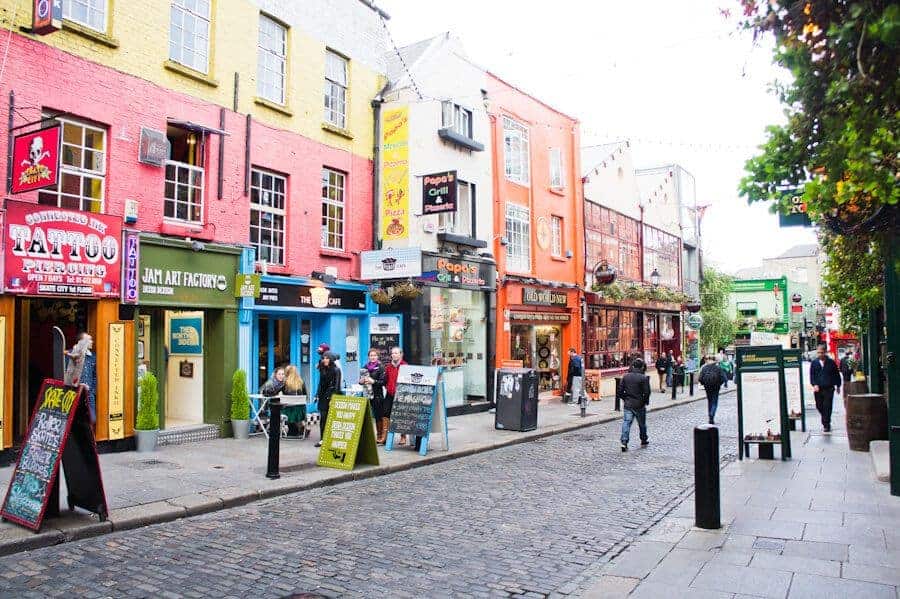 Dublin is one of the friendliest cities in the world, according to regular tourist polls.

One of the main votes is carried out by the legendary Rough Guides, which jokes Dublin is famous for some sights, but mainly building sites as the city has undergone some considerable redevelopment in recent years.

Many stylish new glass and steel sit alongside terraces of Georgian town house, famous ancient buildings and of course, a seemingly infinite number of pubs.

More than a third of Ireland’s 4.5 million population lives in or close to Dublin, which makes the capital the beating heart of the nation.

They may poke fun at the ‘culchies’ who follow a more laid-back rural life, but are just as likely to laugh at themselves and their city.

The local nicknames for some of the better known landmarks, such as the ‘stiffy on the Liffey’ or ‘eyeful tower’ for the Millennium Spire.

For visitors who flock to the city in their tens of thousands, Dublin has a style, laying an Irish slant on international trends from America and Europe.

You will tramp a few miles visiting Dublin’s museums, monuments and attractions, but they are thankfully grouped close together mainly on the banks of the Liffey, which is criss-crossed by bridges.

And there’s always a pub, bar or café within easy reach if you need rest and refreshment – which typically means a Guinness or Irish whisky, whatever the time of day.

Dublin’s proud past dates to Viking times, when a safe harbour and trading post was founded on Dublin Bay by the warlike raisers.

The city’s name comes from the original settlement Dubh Linn or the dark pool.

Few non-Irish visitors realise the city joined with another older settlement – Baile Atha Cliath – which is the Irish name for the capital.

The British came to Ireland in force in the 12thcentury, when King Henry II sent a contingent of knights to add the deposed King of Leinster.

The British stayed until the Irish Free State was formed in 1921.

Throughout, the Irish have been known for the welcoming attitude to visitors, gentle sense of humour and fighting disposition.

Find out more about Dublin’s history