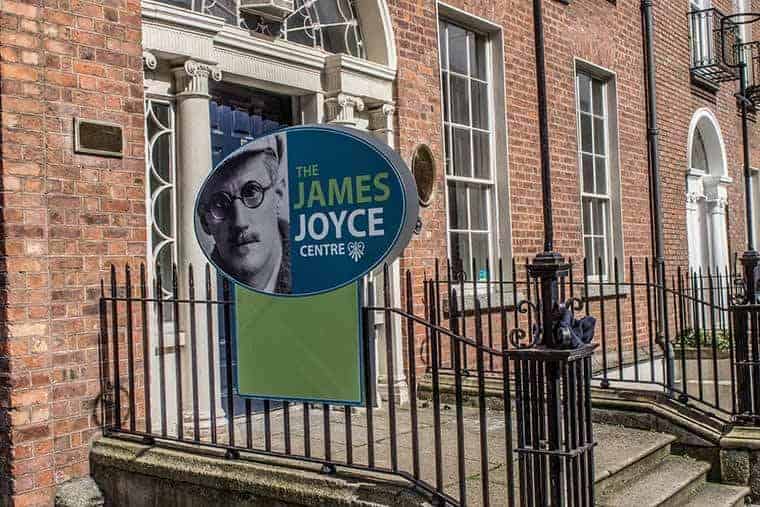 As a more sophisticated visitor to the Irish capital Dublin, you might want to steer away from the streets crowded with stag party revellers.

The fair city is becoming more crowded with tourists on a budget looking for the ‘craic’, but there are plenty of visitors who want to have a quieter and more leisurely experience with the local culture as well.

If you are looking for somewhere on the cutting edge of  design to stay, try the swish new The Alex, a hotel just around the corner from the halls of academia at Trinity College.

The 100 bedroomed hotel is a convenient base to tour the city.

Inside, the rooms are modern and minimalist mixed with cool colours and modern design.

If you have a couple of hours or so to spare, there’s no better way to stroll around the city streets under the guidance of author James Joyce, well the modern day equivalent at any rate – a tour run by the James Joyce Centre.

The route takes in some well-known and not so well-known nooks and crannies that popped up in Joyce’s books.

While many art aficionados flock to soak up the Old Masters at the National Gallery of Ireland, the more discerning contemporary art lovers will make their way to the Irish Museum of Modern Art.

The current centrepiece is by Colombian artist Doris Salcedo, a world-renowned sculptor. Her work examines themes of political violence and the impact on victims.

For food and drink, you can shake out those cobwebs now and again by forgetting about high-brow culture and slipping into a bar for a bit of craic.

But if rubbing shoulders with the stag parties is not for you, try one of the more up-market bars or cafes that offer an oasis of calm among the raucous storm in the Temple Bar neighbourhood.

Upmarket shoppers go to Brown Thomas, which has a department store over several floors in Dublin’s Grafton Street.

Alongside world admired luxury brands are the pick of little-known and exclusive Irish designers displaying their wares.

Lots of other small designer stores nestle between the chain stores and bars around the city centre.